Virginia Railway Express (VRE) is hosting its third public meeting on the Gainesville-Haymarket proposed extension to the commuter rail system in Prince William County. The meeting will provide an opportunity to comment on the final draft of alternatives that will be considered by the VRE Board for extending VRE commuter rail further into Western Prince William County. 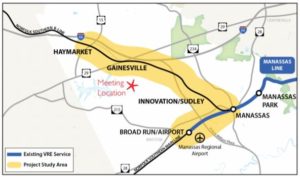 VRE is evaluating alternatives to expand VRE service further into Western Prince William County and into the Interstate Route 66 (I66) corridor. The proposal includes adding up to 3 new stations and closing/relocating the current Broad Run station. The proposed extension would also include an increase in frequency of trains from the current 30 minutes during peak commute times to 20 minutes. 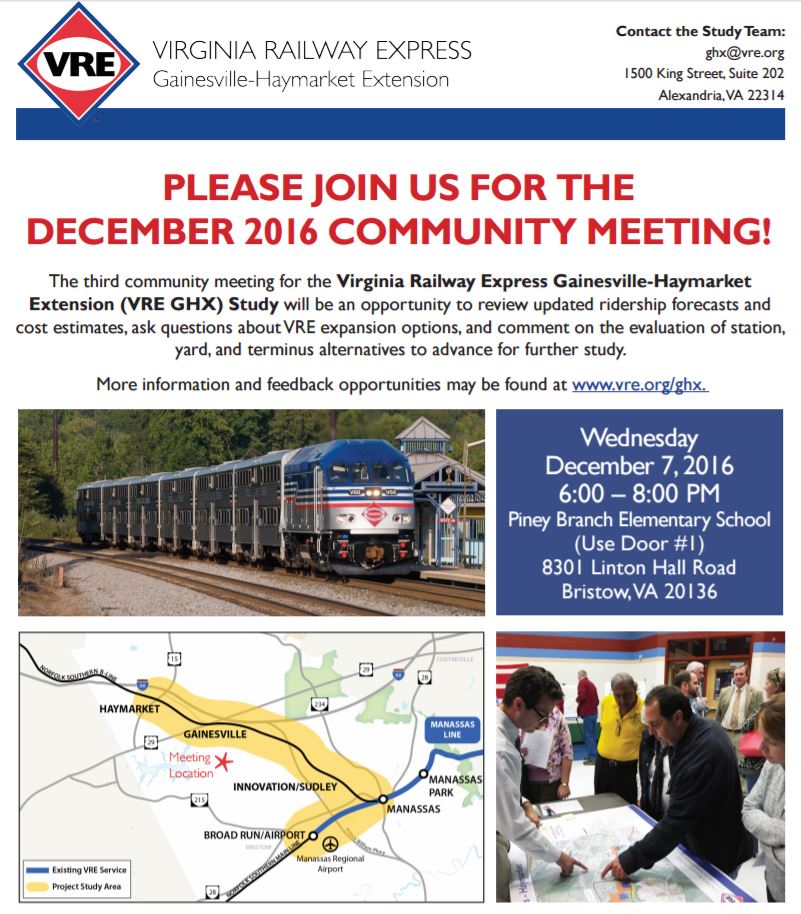