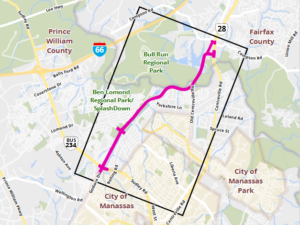 To construct the Route 28 Bypass/Godwin Drive Extended, County supervisors would tear down more than 50 homes in a low-income and heavily Hispanic neighborhood.  At least three families in the Bull Run Mobile Home Park would have to move.  The entire mobile home park could close and be replaced by a mixed-use development with much higher rents/mortgage payments.

The losers:  those living in a rare affordable community in Northern Virginia.  The beneficiaries:  commuters from Fauquier, Culpeper, Stafford, and beyond driving to high-paying jobs in Fairfax and DC. 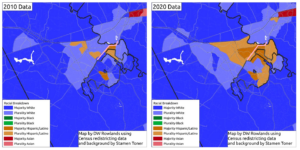 Building the Route 28 Bypass would cost at least $300 million, not counting the widening of the adjoining stretch of Godwin Drive in the City of Manassas, estimated in 2019 to cost more than $40 million.   Prince William taxpayers would provide $200 million in funding through a County bond issue.  It’s a government subsidy for exurban drive-alone commuters, few of whom would be traveling to jobs in the County or increasing the local commercial tax base.

The Route 28 Bypass would poorly serve commuters.  The Bypass would significantly worsen traffic congestion and travel times on Route 28 in Centreville,  compared to its “No-Build Alternative”, and includes no accommodations for efficient bus transit or managed lanes, such as high-occupancy vehicle (HOV) or high-occupancy toll (HOT) lanes, to reduce single-occupant vehicle (SOV) trips.

The equity issue is most relevant today.  The neighborhoods being destroyed are designated Equity Emphasis Areas.  They have been stable, affordable communities for Hispanic residents.  Carving up communities occupied by minority groups, for the benefit of those fortunate to have high-paying jobs closer to DC, is a modern version of environmental injustice.

Oh, and the commuter road would blast through Bull Run Regional Park and the Flat Branch stream valley.  If the noisy and polluting Route 28 Bypass highway barrier isn’t built, the Flat Branch stream valley could become a wonderful linear park and natural habitat that significantly enhances the livability and bike/ped connectivity of its adjacent neighborhoods.  After Prince William voters approved the road-expansion bonds in 2019, County officials cancelled an Environmental Assessment, to avoid examining alternative routes with fewer environmental and social impacts

There’s a chance to stop this environmental and social injustice.  Prince William County supervisors will approve a capital budget by June, 2022 which could include funding for the Route 28 Bypass–or they could instead allocate $200+ million in local funds over the next twenty years to other projects, such as affordable housing, and not repeat the injustices of the 1950s.

For the County’s sales job, see https://route28bypass.com.  For the rest of the story, see the Active Prince William website at http://activepw.org.

Active Prince William is a group of concerned citizens who advocate for better opportunities, support, and infrastructure for active mobility, better public transportation, and healthy lifestyles within Prince William County, Manassas, and Manassas Park.  We are working to help make Prince William County and Greater Manassas a more livable, healthy, equitable, and sustainable community.   Follow us at http://activepw.org/ , @Active_PW on Twitter, and ActivePW on Facebook.

The Prince William Board of County Supervisors and County transportation staff invite you to attend a virtual information session regarding the Route 28 Bypass project on Thursday, Feb. 18, 2021, at 7:00 p.m. This approximately $300 million infrastructure project, one of the largest in the history of Prince William County, will reduce traffic congestion, improve travel reliability and address other transportation challenges in the area.

The meeting will inform residents about the project’s background, its current status and aspects of the Route 28 Bypass that most directly impact Prince William County residents. While there are no major updates on the project at this time, the session will provide a baseline of information about the Route 28 Bypass while also sharing planned communication activities that will help citizens remain informed and involved as the project moves forward. The latest information about the project is available on Route28Bypass.com.

The public is invited to ask questions and provide feedback during the presentation. You may also submit questions or comments before using any of the mechanisms below.

Please submit questions/comments about the Route 28 Bypass using one of the methods below. Submissions received before Feb. 18 at 5 pm may be addressed during the meeting. All questions will be responded to in a timely manner via email or route28Bypass.com.

Have thoughts on how to enhance communication efforts going forward? Please submit any feedback, comments, questions or concerns to PWCDOT: 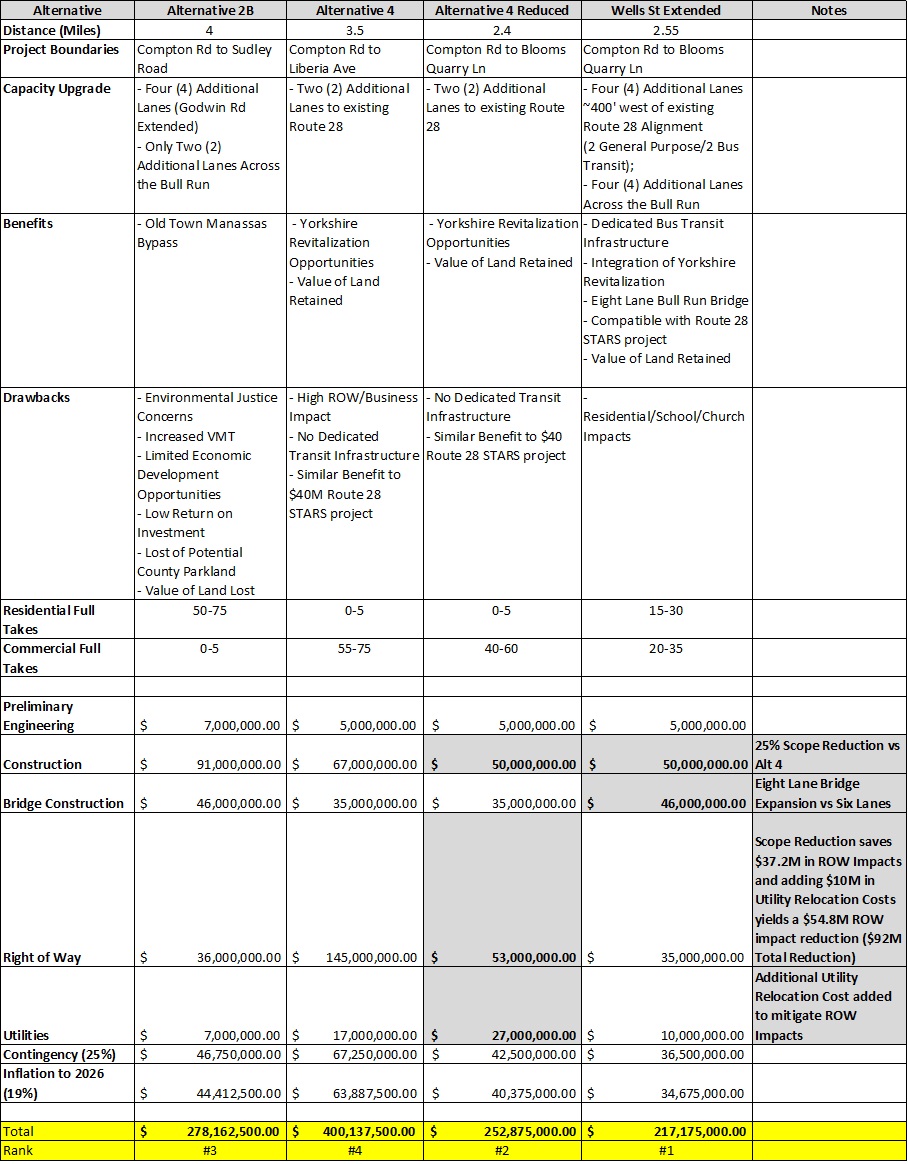 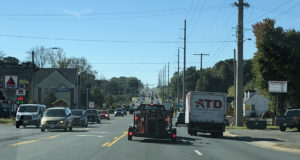